Hear the advert a few more times and you’ll realise that it’s actually promoting a new drink that is claimed as ‘Japan’s first cultured milk drink’. Well, new where I’m from, anyway. 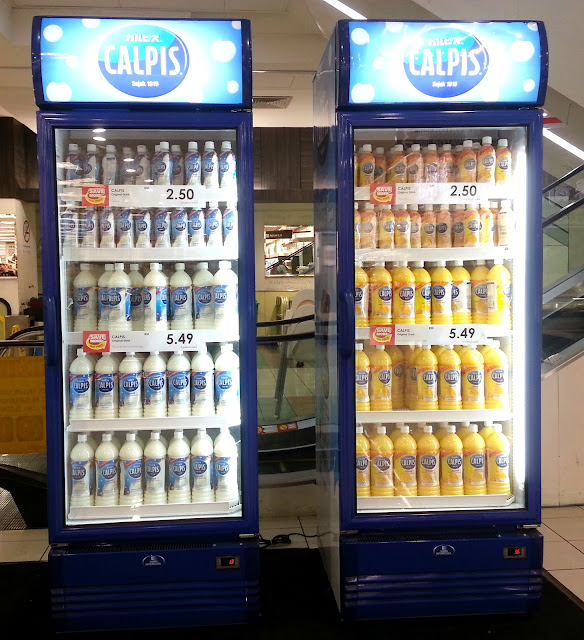 A week later, I went into the supermarket and browsed through the bottles and cans of drinks on the shelves, deciding what to buy. Then I spotted it, something new that caught my eye. “Calpis” it says. Now I understand what that ‘bib’ was up to. The radio advert WAS annoying, but hey, at least it worked right? Thumbs up to the marketers of Calpis who managed to get that song ingrained in our brains so much that we may become inclined to purchase it.

So, when curiosity got the best of me, I bought the product (both its original and mango-flavoured counterpart) for a more ‘thorough investigation’.

Here’s what I found:

If you check the ingredients list on the label, it says nothing about ‘containing live probiotics/microorganisms’. So, if you’re looking for a probiotic-rich drink, this is not it.

However, drinking cultured milk may still have some healthbenefits similar to probiotic drinks as the lactic acid fermentation process releases some of the nutrients in milk.

I personally don’t believe in ‘fat-free’ products as they are usually much less flavourful, and possibly nutritionally lacking, compared to their ‘fatty’ brother. Fat in milk is actually a very important source of fat-soluble vitamins such as vitamins A (good for your eyes), D (good for your bones), E (prevents you from falling sick) and K (helps your blood clot when you cut yourself).

Anyway, that’s just me. If you think so too, or if you are a ‘fat-free’ lover, let me know in the comments below. 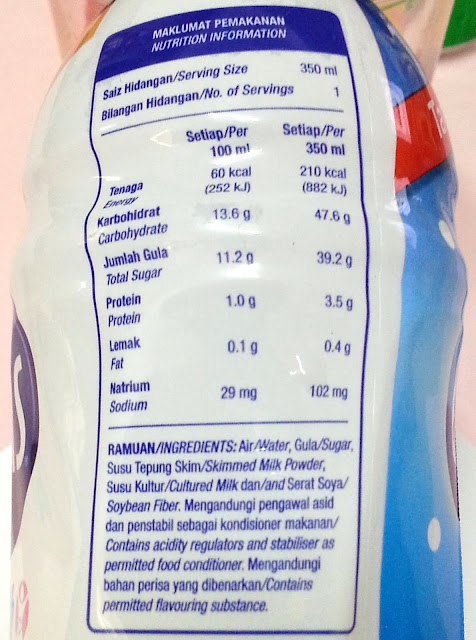 How about the taste?

Let’s start with the Original version of the drink: 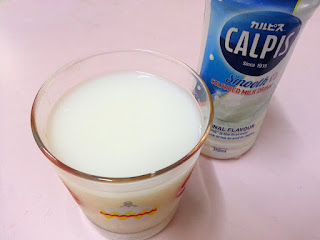 A thick appearance when poured into a glass and swirled, it also has an opaque white colour. This reminds me of something…glue?

As for the smell, it instantly hit me as the distinctive smell of Vitagen or Yakult, both of which are probiotic drinks originating in the Asia-Pacific region. It has a sweet-sour aroma similar to natural yoghurt; and the taste is milky with a thick mouthfeel. The thick texture is pretty similar to that of stirred yoghurt. A tannic or tangy effect leaves you with a puckery feeling within your mouth.

While it has a sweet and sour taste at first glance, a sour aftertaste remains.

I would recommend drinking it cold, and if you like a little fizz, you can even mix it with carbonated drinks such as Sprite or soda water. In fact, when I mixed it with Sprite in a 50:50 ratio, the texture became thinner and the taste turned sweeter!

As for the Mango version: 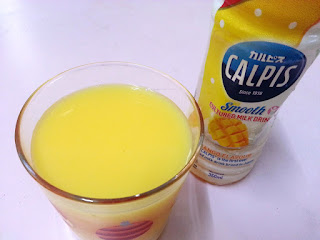 The same thick appearance dominates the drink, but this time, it has a mango- or egg yolk-yellow colour with a sweet smell.
If you know the difference between the smell of fresh mangoes and that of artificially-created mango aroma, this smells like the latter. No surprise there. It smells like one of those packets of instant mango puddings that you can buy at the supermarket to impress your dinner guests with.

Interestingly, the tasting texture was much less thicker that the Original version; but the taste…sweet, just…sweet. Alright, maybe with a tinge of sourness too.

Here’s a shocking revelation, adding Sprite to the Mango version of the drink actually brought DOWN its sweetness! What a difference, when you compare it with the effects on the Original drink.

Still curious? Check out the website, Calpis Co. to find out more.

Ps. Only after tasting the drinks and doing some online research did I realise that it was supposed to be a concentrated drink, to be watered down before drinking. Well, they should have said so on the label then!

Anyway, if you want to, you can water it down before you drink it. Instead of water, try using Sprite and see the difference, for fun.

Let me know what you think in the comments below.

Subscribe Now to get updates as soon as they are done cooking!