September 15, 2016
It's a wonder how flavourings can create the many varieties of drinks we can enjoy these days. Back then, it was probably just water-flavoured water or sugar-flavoured water. Get it? Never mind, it's a lame joke anyway.

For this week's post, I'll be focusing on the Grape version of this famous drink called "Calpis", but if you want more details about the drink in general, please read my first post about Calpis back in June 2016 before tackling this one. It will probably make more sense that way. 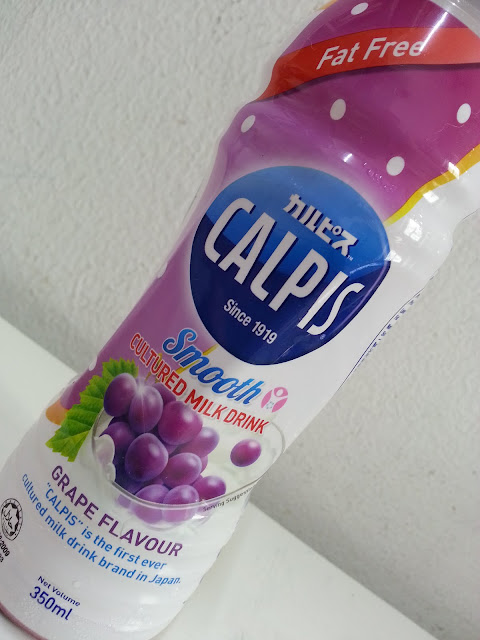 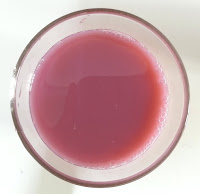 This Grape version had a light pinkish-purple colour, possibly meant to mimic the colour of grape juice mixed with milk. Although it's supposed to be in the same range as the Original and Mango versions of the Calpis drink, this one seemed more like grape juice that a cultured milk drink (as it was supposed to be). Sure, it did have that acidity (or as you may call it, sourness) that you would expect from yoghurt drinks, but it didn't have as much of a tangy feeling when it came to the texture of the Grape version.

The drink also had a thinner texture than the Original version, not unlike that of the Mango version, so that made it comparatively easier to drink. 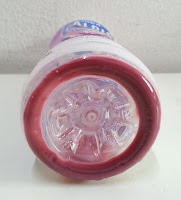 One thing to note though, this drink is made up of added flavourings, so don't expect any real grape juice here.

Here's another observation I made. For some reason, there seemed to be some sort of sediment at the bottom of the bottle! Hmm...Perhaps it's just the milk powder which had settled at the bottom? If so, then there's no worries. Otherwise, I might need to get a refund, haha.

Overall, this Grape version seemed to be easier to drink, or rather, more "delicious" than the other two. To me at least.

Comments and suggestions are welcomed, too!


Ps. Did you know that in its homeland, Japan, Calpis is called Ka-Ru-Pi-Su (カルピス)? That's right! So it's not actually "Calpis", but rather "Karupisu". Strange, no? 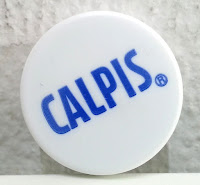