It seems like people just LOVE thematic things; things with a specific subject; or that which corresponds to a trending idea. The same goes with Gula Melaka, especially when you are in Malacca. After all, the name was derived from the name of the city, with Melaka being the Malay word for Malacca. Since gula means sugar, I suppose you get the idea of what this is. Still unsure? Gula Melaka is a type of palm sugar made from the coconut palm that is boiled down and placed into bamboo containers to harden, hence most Gula Melaka would be cylindrical in shape.

Here’s something I learnt on my adventures down Jonker Street. To know if a Gula Melaka you intend to buy is genuine (one without added sugar), try to give it a light press. If it starts to spread and disintegrate like icing sugar, then that’s what you are looking for. A true Gula Melaka would have a deeply scented coconut smell with a faint hint of toast, honey and toffee whereas Gula Melaka with sugar added would have a subdued aroma and a hard, rock-like appearance and texture.

Cendol
Let’s start off with the most popular and widely known dessert of Malaysia, the cendol. A simple dessert made up most commonly of shaved ice, kidney beans, coconut milk, Gula Melaka and a short, green, noodle-like ingredient also bearing the name “cendol”, this is a go-to dessert for many Malaysians. 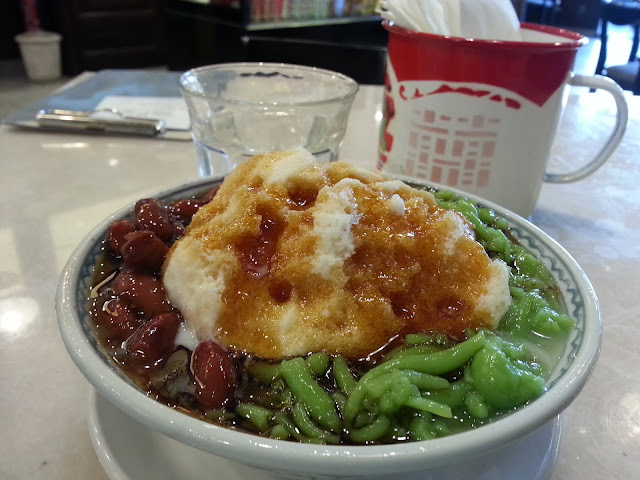 Although available almost everywhere nowadays, there is just that something that sets the cendol of Malacca apart from the rest. Unlike most commercialized versions of this sweet treat, I found that if you chose the right store to go to, the cendol served in Malacca has a certain, special aroma. The big secret is really no secret at all. The Gula Melaka is the one that makes the difference. Nostalgic to some, a comfort-food-feeling to others, just the smell alone may whet your appetite. I’ve tasted the cendol in two shops while I was on Jonker Street. One of them was just average-tasting, but the one I tried at Madam Yap (along Jalan Hang Jebat) exceeded beyond my expectations of what cendol should taste like. Combine melting ice with coconut milk and liquid Gula Melaka, and you will have a satisfied tummy in the end. You can smell the Gula Melaka and fresh coconut scents wafting in the air as if they were dancing side-by-side in a flurry of swirls (think dragons flying in the air), and this is all before you even take a bite! The taste was, needless to say, delicious. I’m sure there are other equally good spots to choose from, what with the growing number of cendol stores on Jonker street alone, but I am yet to explore and check them all out myself.

Ondeh-ondeh
The ondeh-ondeh is another popular street food which is more of a light snack than a meal. Coated with fresh, grated coconut and enclosed within a ball of green-coloured, boiled glutinous rice flour dough is the treasure that everyone seeks when they get themselves this little treat. 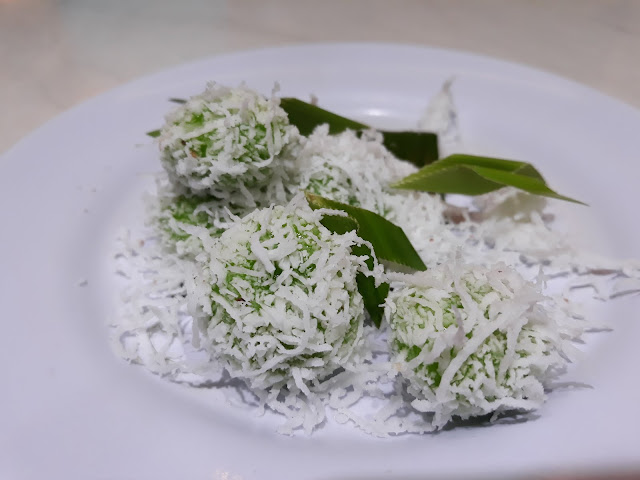 With melted Gula Melaka in the center, it would not be too surprising to see someone’s eyes widen with pleasure when they pop a ¾ inch ball of this chewy mixture into their mouths and bite down into it, only to feel the sudden pop and rushing out of sweet, goey goodness. I found but one on Jonker Street (along Jalan Hang Kasturi), but then again I wasn’t looking hard enough at the time. Specifically, it’s called Ondeh Ondeh Cinderella, but it is one of two shops under the signboard that says “Kedai Aku & Dia”. A really small, and quaint shop that you can almost miss if you weren’t looking for it, but the ondeh-ondeh they sold were fresh and warm – absolutely delicious.

Putu Piring
Keeping with the theme, I also tried something called putu piring (along the main Jonker street next to Madam Yap). Basically a rice cake (the sponge-like, fluffy kind, not the chewy, glutinous type), this little dessert is steamed on a plate-shaped mould and filled with Gula Melaka before finishing off with some fresh, grated coconut. Although I would have preferred more Gula Melaka in it, this was, as a whole, yet another interesting way to use the palm sugar.

Gula Melaka Latte
The dishes I mentioned above are traditional foods which have been made for decades. How about trying something new, in-trend with the coffee-loving crowd, but with a twist? Introducing Gula Melaka latte, an espresso-based coffee with frothed milk and a good scoop of liquid Gula Melaka. 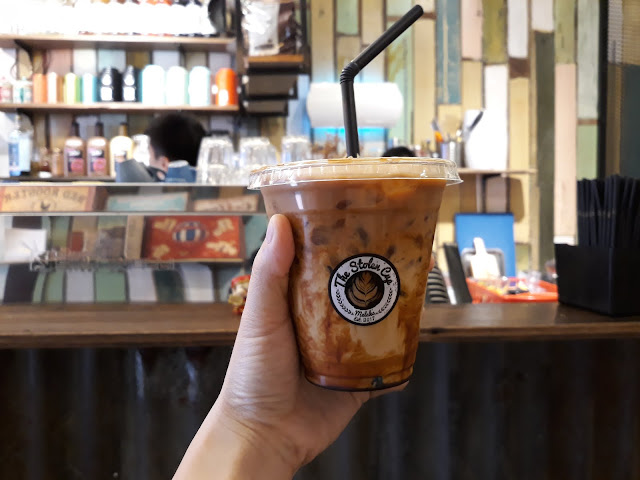 Although interesting, I seem to feel that the coffee was a little overpowering towards the delicate flavours of the Gula Melaka. Perhaps if would have been better to use a stronger-scented Gula Melaka, to put more of it into one cup, or to just leave the latte alone. But hey, that’s just me. Try it for yourself, and make your own opinions about it. I found two shops for this, one at The Stolen Cup and another at Oriental Cottage Café (both on the main Jonker street). I tried the Gula Melaka latte at the former shop but not the latter, not because of any other reason, but simply because…two coffees in one afternoon? I probably won't be able to sleep at night, plus I don’t really like coffee anyway, so…..yeah.

Gula Melaka Fried Chicken?!
So far we’ve covered most of the offerings which use Gula Melaka as part of their ingredients, and you probably now have a mental connection that Gula Melaka equals desserts and sweet treats. Ever heard of Gula Melaka fried chicken? If you haven’t tried this, you simply must! Deep-fried in a crunchy crust of savoury spices, the wings are then coated in a mixture of what I interpret as a mix of Gula Melaka and soy sauce, although I could be wrong. Sounds strange? Don’t judge it until you have tried it. 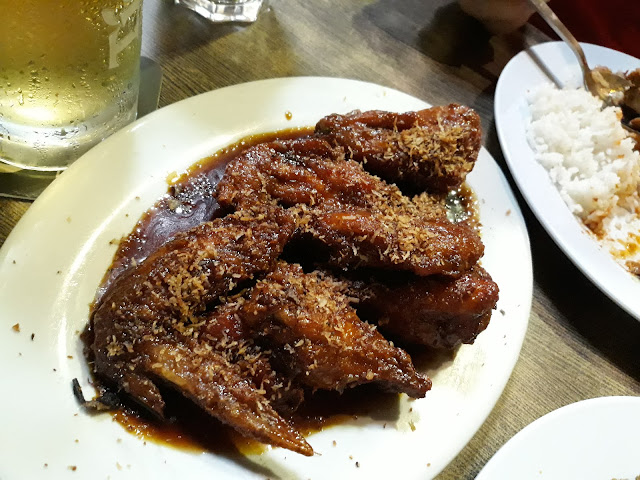 Sweet and savoury with perfectly tender chicken meat below, you can pair it with beer, cocktails or anything you can imagine. Curious now? Eleven Bistro & Restaurant (along Jalan Hang Lekir) is where you want to go. Offering Portuguese and Malacca cuisine, they also have a bar that churns out perfectly-balanced cocktails and nice, cold beers (provided that it’s still the same bartender as the one who made my drinks, anyway, so I can give no guarantees).

Well......, this was my Gula Melaka trail. What are YOUR experiences with this uniquely local ingredient? Or do you have suggestions on where we can get better creations or innovations in the use of Gula Melaka? Let us know in the comments section below.