Ever Heard of Alcohol-Free Beer?

March 16, 2019
These beers seem to keep eluding me. The first time I saw it at the supermarket, I though, "Hmm, interesting, maybe I'll try it sometime". The second time I saw it, I had too much groceries on my hand so I literally couldn't carry anything more to bring back on my long journey home via train and foot. I did a mental note therefore, to keep this on my rain check list of the thousands of food items I wish to try one day. The next time I saw it though, I was a bit short on cash that month so I had to postpone the purchase yet again.

As for the fourth time around, now this one was a bit bizarre. I literally had it in my hand along with a couple of other items, and was proceeding to the check-out counter when I remembered the ONE thing that I went into the supermarket to buy in the first place (yes, even I am susceptible to binge buying when it comes to food). It was some Gula Melaka I needed for a project I was working on, and it was inconveniently positioned on a shelf above my head. In order to reach it, I was forced to place the few items I was carrying onto a (thankfully empty) lower shelf in an attempt to reach it.

While I thought that I had it in my arms as I proceeded to the counter, and assumed that the cashier had already put it into the bag, it couldn't be further from the truth. I therefore carried the bag, walked out of the store happily, got home, and stored the food I bought into their respective places. The funny thing is, I didn't even realize that I never had it in the bag until the very next day. Talk about a slippery, sly can of alcohol-free beer! 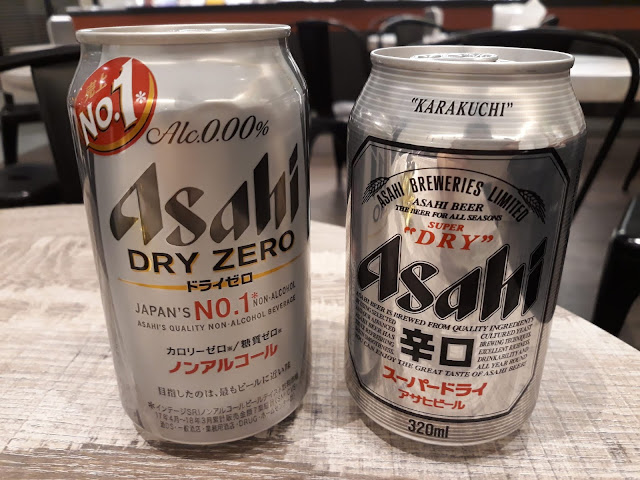 What is alcohol-free beer?
The simple answer is, that it is beer without the alcohol. Doesn't make sense? Alright, here is a better explanation. First of all, alcohol-free beer is something that was probably designed for these few types of people:

- people who LOVE beer, but want to cut down on the negative effects of over-consuming beer.
- alcoholics who are trying to call it quits in their love affair for alcohol.
- people who want to join in the beer-drinking party but couldn't handle the alcohol (I know some people who literally turn red with one sip of beer or show symptoms of drunkenness after only one can of beer).

Although it is called a "beer", it technically does not fit into the description of what a beer should be. First of all, unlike traditional beer made most commonly of water, malted barley, yeast and hops, alcohol-free beer tend to include things like dietary fiber, fragrances, colourants and sweeteners in addition to hops.

There are also alcohol-free beers which are produced by brewing beer as usual, but with an additional process to remove the alcohol. This way, most of the flavours would remain, so the taste would be closer to what we expect of a beer.


How to know if a can of beer is alcoholic or non-alcoholic?
To tell which from which, try looking for the alcohol content usually displayed on the front or side of the can. You should be able to see something like "alc 0.00%", or "alcohol-free" printed onto the can.


How about the taste?
You must surely think that alcohol-free beer would taste really horrible with all those non-beer ingredients. On the contrary, I found that the taste is pretty similar to traditional beer, although it doesn't quite give you that satisfying alcohol kick and the "hardness" that one may expect from a can of beer. 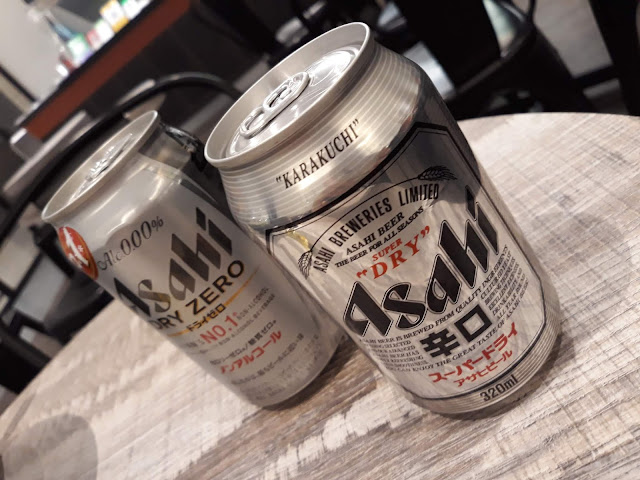 I had a taste of the Asahi Dry Zero (alcohol-free) as well as the Asahi Super Dry to get a better idea of how they differ (5th time's the charm, apparently). The Asahi Super Dry had the signature dry taste with a mild hops flavour and a good fizz that is expected of it. 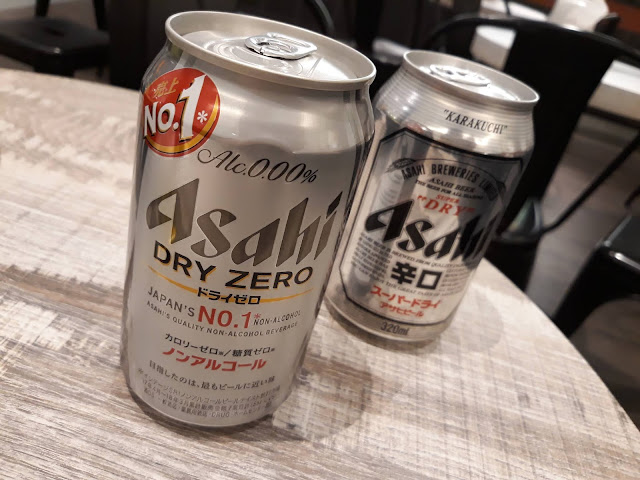 In contrast, the Asahi Dry Zero tasted more like a hop-flavoured soft drink and was a touch sweeter that its predecessor. It wasn't as satisfying, but if you were looking for something that tasted somewhat like beer (without the alcohol), you may want to give it a try. Honestly though, I don't think true beer-lovers (lets separate these people who actually appreciate the taste of beer, from pure alcoholics who drink beer only for the sake of consuming its alcohol) will be warming up to the idea of alcohol-free beer anytime soon.


Final remarks.....
Love it or hate it, this is something worth trying. So the next time you go grocery shopping, try to find alcohol-free beer, and if you can, try to find the original beer of the same brand as well so that you can have two similar, yet totally different experiences.

Let me know what you think about alcohol-free beer in the COMMENTS section below.

Ps. I once attended a formal dinner event in Japan where they served both the regular beer as well as alcohol-free beer as an alternative. I didn't know what it was back then, but I noticed that the women tended to go for the alcohol-free version. In fact, even those who needed to drive home that night would opt for these beers. I suppose, after all, you aren't allowed to drink and drive in Japan (not even a single sip!).