May 01, 2019
If you have been to Malaysia before, you may have been told that durian chocolate is the must-buy souvenir of the country. But what is this product? And why is it sold at basically every souvenir shop as well as several major supermarkets in Kuala Lumpur.


First of all, what is durian?
Durian is a fruit. Some may even call it the "King of Fruits", although I personally still don't understand why we need a "king" for fruits anyway. Native to the Southeast Asian region, this is a fruit that you will either absolutely love or downright loathe. It comes in many varieties, the D24, musang king, and even one called "red prawn"(most durians have a yellow flesh, but this one has a particularly red tinge to it); but they are all from the genus Durio. Spiky and green (some being more brown than green) on the outside and with a flesh as soft as custard, this fruit also has a strong and pungent smell which may drive some people away but leave others drooling for more. Look past the odour and you may find the taste of the fruit to be quite delightful. Some cultivars are sweeter than others. Some even have that hint of bitterness sought after by certain people. A really good durian, though, would almost always have a soft and creamy texture with a long aftertaste. 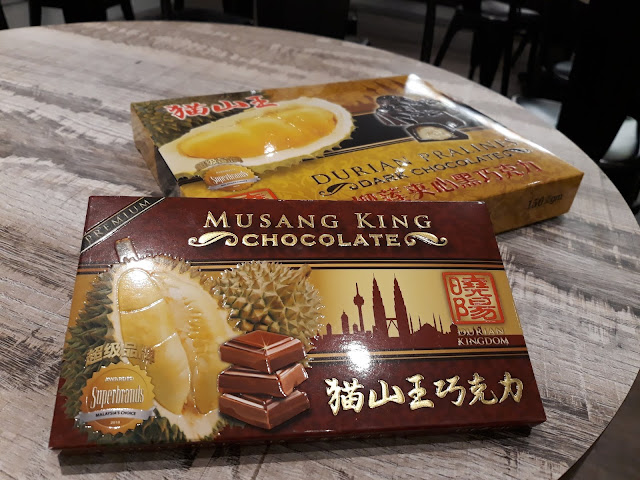 The chocolate bar I bought was a single bar of 8 by 4 (32 squares) milk chocolate. When opened, the scent of of durian immediately wafts through the air (as it naturally does) with a pungent hit on your nostrils. It has a good bite (breaks apart with a 'click'), but as with any chocolate whose first ingredient ISN'T cocoa butter (chocolate lovers would go, "Gasp!", at this statement), this chocolate was doomed to a difficulty in melting, hence defeating the purpose of that melt-in-your-mouth feeling that melts the hearts of people when they hear the word "chocolate" (In fact, one of my previous blog posts was about how to determine real chocolate from fake ones. Check it out HERE). 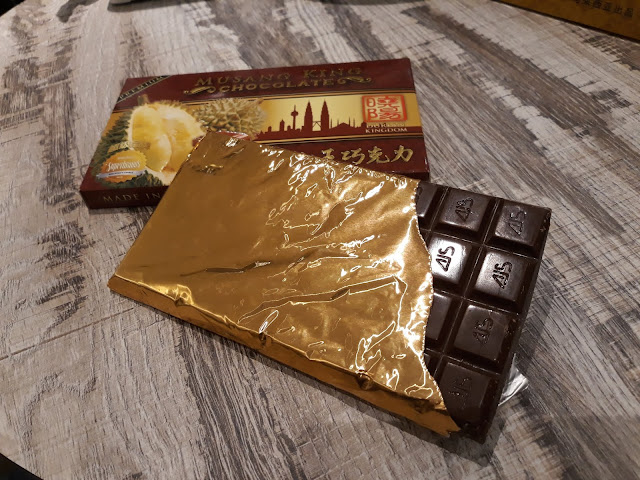 The taste was slightly weaker compared to the true durian fruit (I would say it is about three quarters of the intensity of actual durian - which is pretty good, really), with a good mix of chocolate flavours as well. It wasn't actually too bad. In fact, it even managed to capture the subtle hint of bitterness that is so vital in balancing out the otherwise super sweet chocolate flavour. I would give this a 7 out of 10. It is just too bad that the chocolate was not quite up to par with what true chocolate should be. 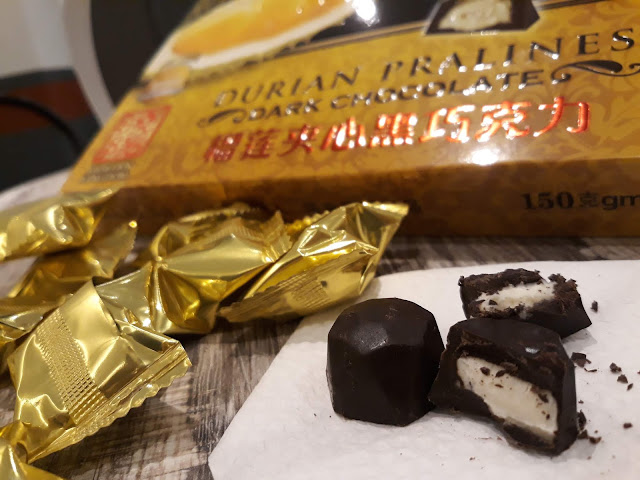 The chocolate praline I got was a 26-piece, individually wrapped chocolate with a dark chocolate casing and a cream-coloured, soft filling. The casing had a moderately satisfactory 'crack' when bitten into, but still not as good as cocoa butter-containing chocolate that is properly tempered. Again, this is a chocolate whose first ingredient is NOT cocoa butter or even cocoa mass. In fact, you don't even see the word, "cocoa", until the fourth row of the ingredients list after sugar, palm kernel oil and milk solids! 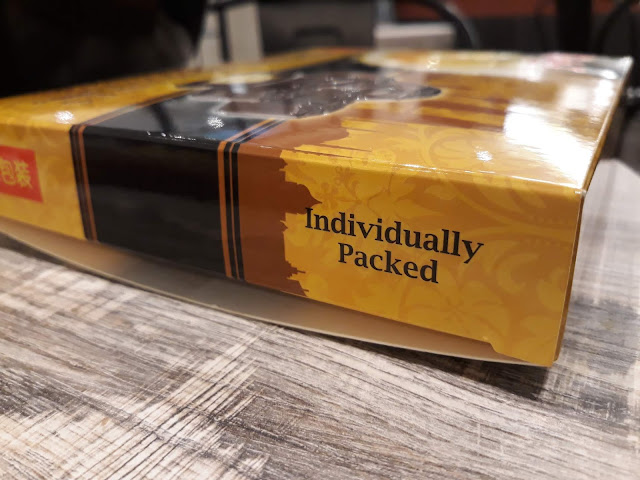 The filling was more like a grainy paste than a smooth and creamy one, with (alas!) only subtle notes of durian. I think I tasted more vanilla than durian, honestly. For this one, it was a 4 out of 10.


Conclusion
Well, there you have it. These were my views on this popular Malaysian souvenir. Form your own when you taste it and let us know in the comments section below.

Ps. Honestly though, there are far better and similarly popular souvenirs that you can bring home from Malaysia than the easily melting chocolate that wouldn't look as good at the end of the journey home (especially if you will be travelling under the scorching sun of this tropical country). Try Oldtown White Coffee, Maggi Mee instant noodles or Boh tea for a change, just to name a few.